Recently some silliness was going on in one of my favourite web forums. Toys were thrown from prams, names were being called, it was all very exciting, but only for drama whores, so being community-minded I went looking for something about internet dramas to remind people to stop with the unacceptable behaviour.

Along the way I found this chart, which is fun, probably just about accurate, and dovetails into an ongoing debate / development project / rolling bunfight we’re having about tracking and measuring opinion. 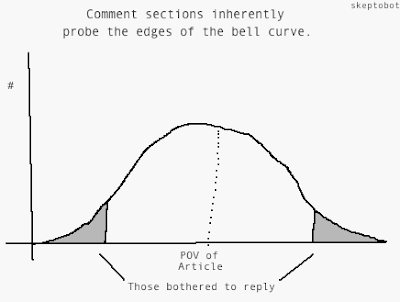 The chart is drawn as a bell curve. Can it be replotted as a power law?